The ship had a close association with the town of Atherstone and was part of the 3rd Mine Countermeasures (MCM) Squadron based at Faslane in Scotland. Later, it became part of the 2nd MCM Squadron.

The UK’s Defence Equipment Sales Authority (DESA) announced the potential sale of the minehunter back in 2020.

Harland & Wolff has acquired this vessel with a view to refurbishing it for non-military uses, discussions for which have already commenced with interested parties.

“The benefits of this acquisition are two-fold; we now can significantly de-risk the M55 regeneration programme by utilising spares and component parts common to the two vessels, which has been recognised by MOD and will certainly help in closing out the negotiations over the next few weeks,” Harland & Wolff, group CEO John Wood, commented.

“I am pleased that we have generated a lot of interest for the repurposing of the former HMS Atherstone, and I expect to make announcements in this regard as soon as we have executed a refurbishment contract with a counterparty,” Wood added.

To remind, last year, the UK sold two retired Royal Fleet auxiliary ships, Fort Austin and Fort Rosalie. The deal was made in an effort to develop defence exports and investments to advance the UK agenda. 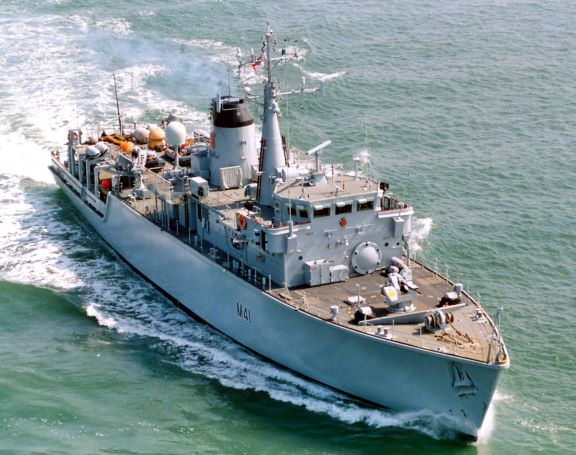