As part of the UK’s commitment to the Arctic region, HMS Protector has arrived in Montreal, Canada, for the ship’s first-ever visit to the country.

The ship is hosting researchers and academics from both the UK and Canada to collaborate on important issues in science, technology, defence and global security.

HMS Protector is the Royal Navy’s ice patrol ship and is its only icebreaker. It can travel at speeds up to 15 knots and boasts two cranes capable of lifting up to 60 tonnes of equipment to help resupply ice research stations.

Deployed for 330 days a year, Protector’s crew includes a team of hydrographers, who undertake exploratory surveys and ensure that environmental guidelines are being upheld.

“HMS Protector is a key symbol of the Royal Navy’s global reach, allowing us to span the Arctic to Antarctic for both research and security benefits. This visit is another step forward in working even more closely with our Canadian allies, whose role is vital in maintaining stability in the region,” Commanding Officer of HMS Protector, Captain Milly Ingham stated.

The UK and Canada have funded and led scientific research projects worth £65 million ($81.5 million) over the last 5 years.

The ship is a research vessel featuring equipment which provides support to the UK and foreign research stations. It usually operates in the waters of the Antarctic, but this is the first time it has traveled to Canada.

“Her dual science and defence capabilities highlight two areas in which the UK and Canada are closely aligned. Our bilateral collaboration on climate change, joint research projects in the Arctic and the dynamic security and defence partnerships through the 5Eyes and NATO, demonstrate how much we value this trusted ally and friend,” Susannah Goshko, British High Commissioner to Canada added.

In his speech, he addressed further support for Ukraine, the security of the High North, and science and technology collaboration. 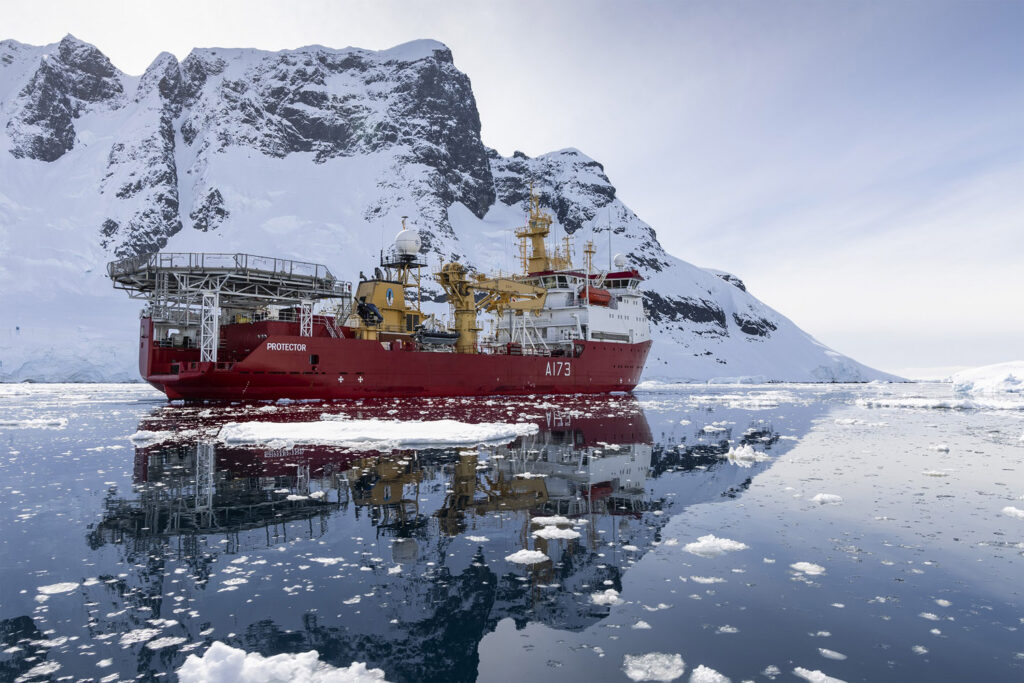