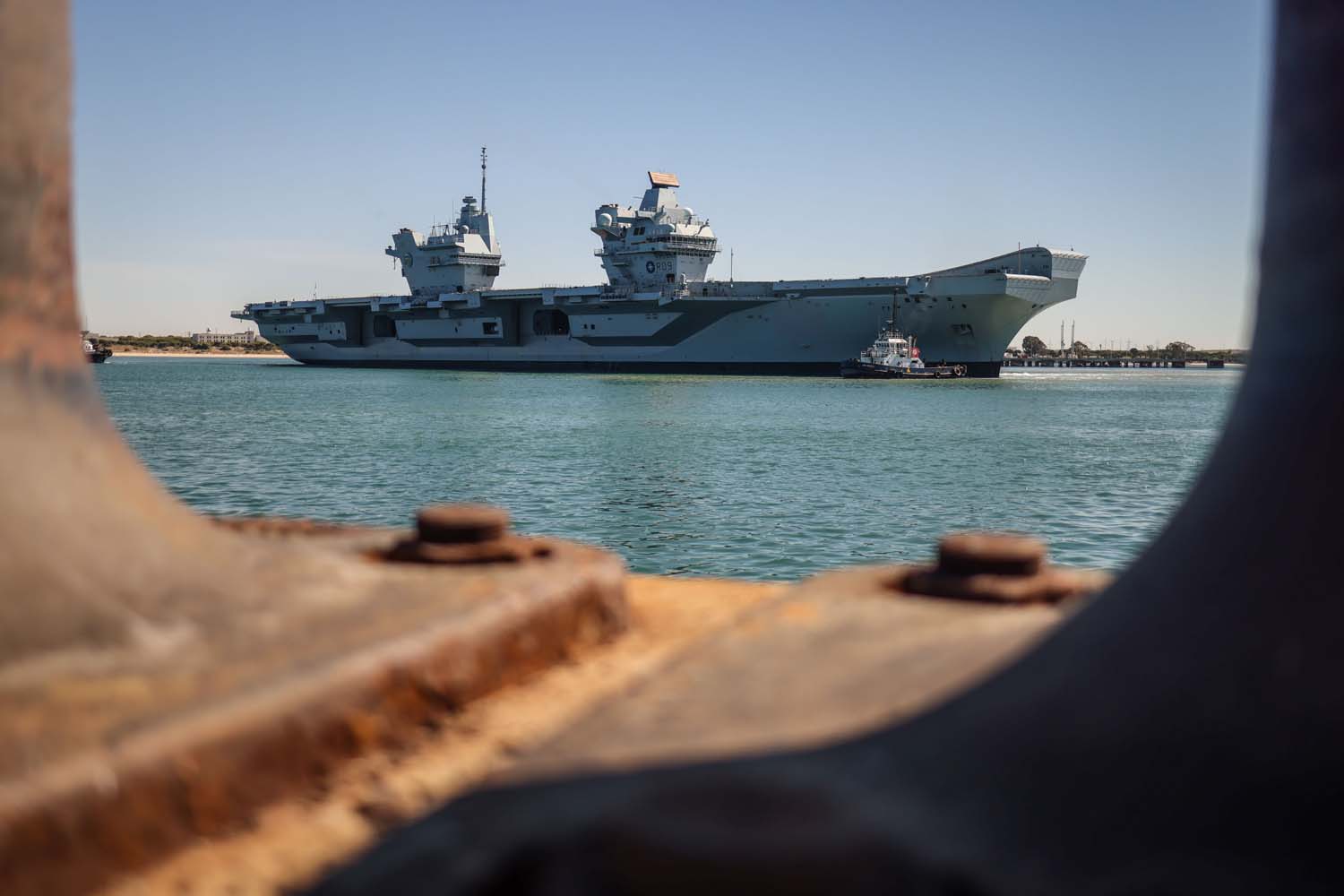 HMS Prince of Wales arrives in Spain ahead of NATO workout

Royal Navy’s biggest warship, Queen Elizabeth-class aircraft carrier HMS Prince of Wales, has arrived in Spain ready for the exercises in the Mediterranean and Atlantic as NATO’s command ship.

As disclosed, the vessel departed Portsmouth in May and arrived on 9 June in Rota on Spain’s west coast ahead of joint training led by Spain.

The warship will be at heart of a multinational task force, but will first stop in the Bay of Cadiz port to prepare for the forthcoming exercises.

“Continuing HMS Prince of Wales journey as the NATO command ship for 2022 by operating with our Spanish allies emphasizes that as an alliance, NATO continues to operate in defence of its citizens and territory,” Captain Richard Hewitt, who only took command of the Portsmouth-based strike carrier last month, said.

HMS Prince of Wales will be involved in Spanish-led exercises, known as Flotilla Exercise 22, which will see navies from five nations test their ability to react to crises together over the coming weeks.

It will involve a large contingent of Spanish warships plus NATO task groups (Standing NATO Maritime Group 2 and Standing NATO Mine Countermeasures Group 2) which are responsible for the security of the Mediterranean region.

Before heading to Spain, HMS Prince of Wales worked with the Royal Navy’s two Merlin ‘Crowsnest’ helicopters for the first time.

Two helicopters trained alongside the ship to provide airborne surveillance and the control of other aircraft (known as ASaC) for the Royal Navy’s new aircraft carriers.

Osprey tiltrotors made an appearance on the ship, while Two anti-submarine warfare helicopters from Culdrose-based 820 Naval Air Squadron also trained aircrew in operating from the ship.