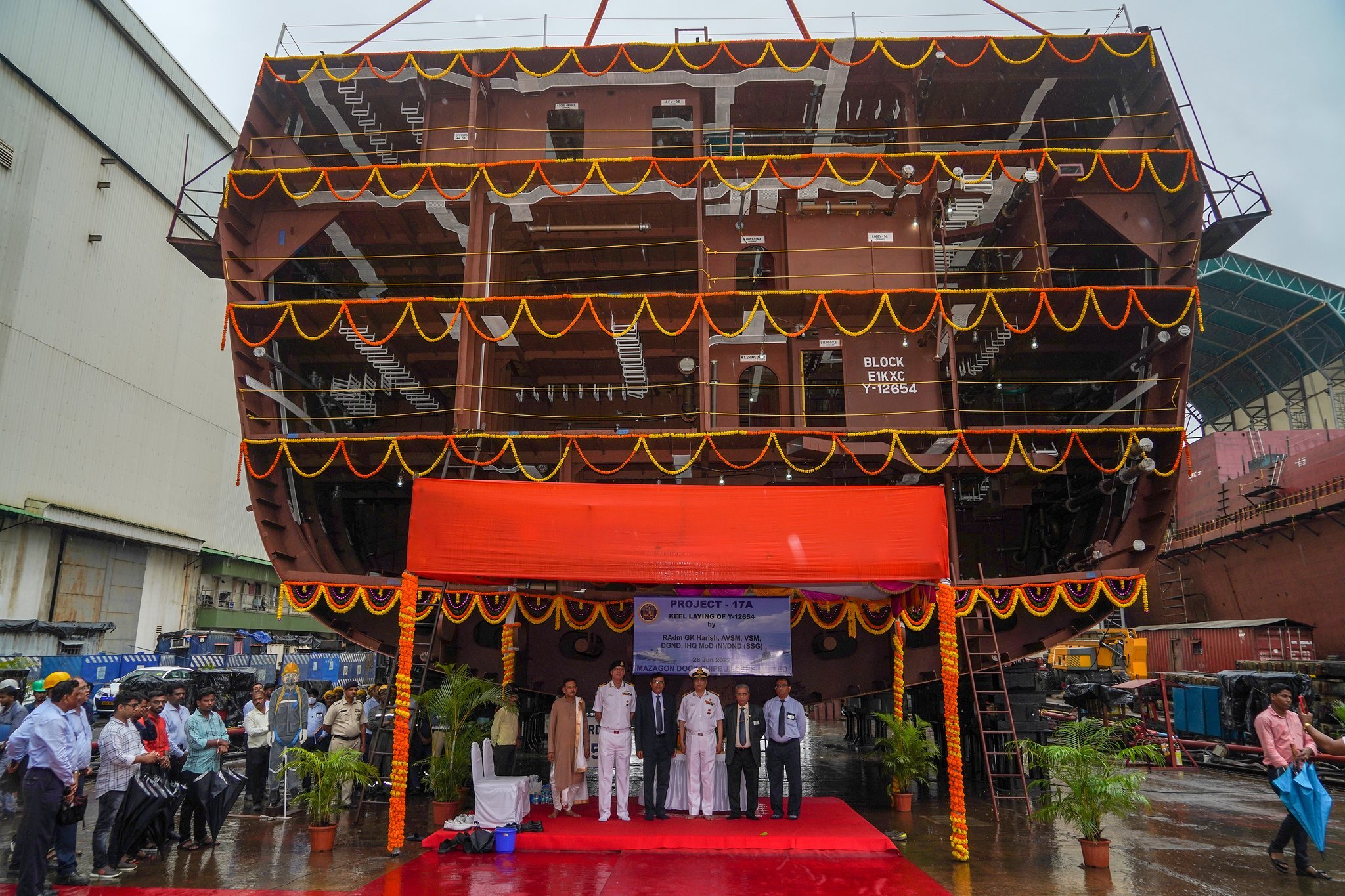 The keel-laying ceremony took place on 28 June at the MDL’s shipyard. The ceremony was performed in the presence of senior officials of the Indian Navy and MDL.

The P17A class frigates are being built using indigenously developed steel and fitted with weapons and sensors along with Integrated Platform Management System.

“The construction of these vessels is a major boost for AatmaNirbhar Bharat and India’s Make in India commitment with orders for equipment and systems on indigenous firms including MSMEs amounting to indigenous content to the order of 75%,” the navy officials stated.

Construction of P17A ships differs in the very concept of warship building by way of adoption of the modern technology “Integrated Construction (IC)” where the blocks are pre-outfitted before joining to reduce the build period of warships. 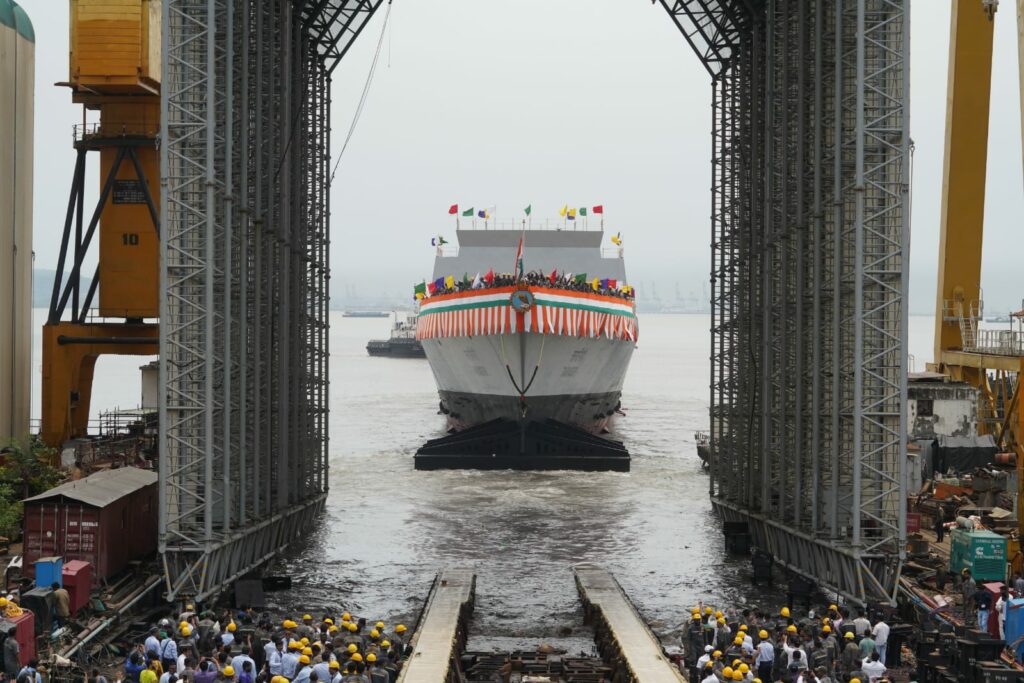 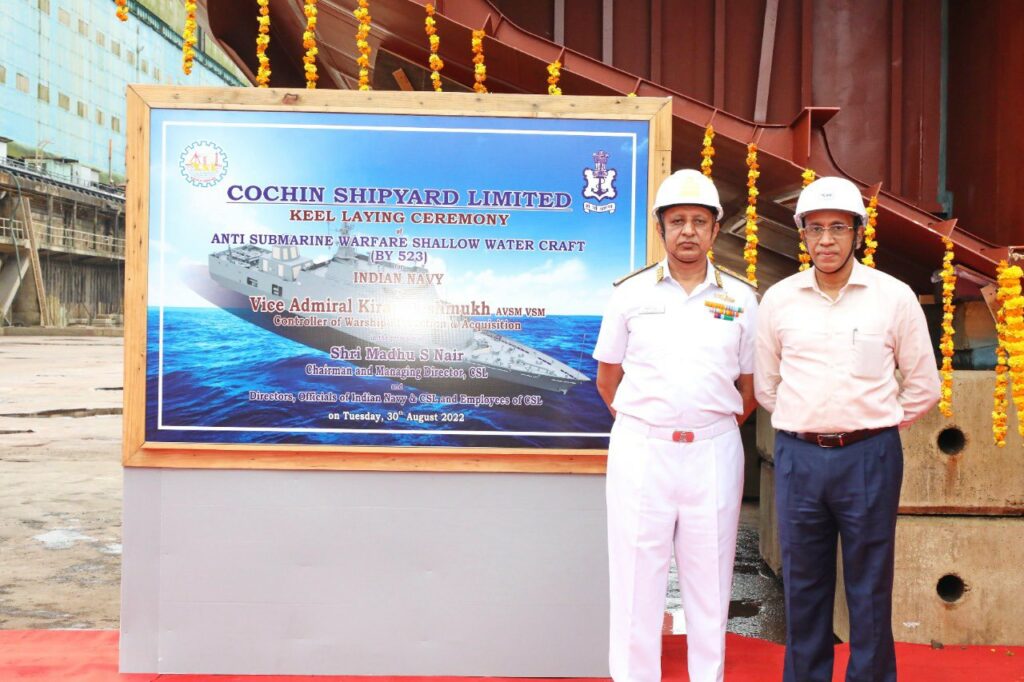