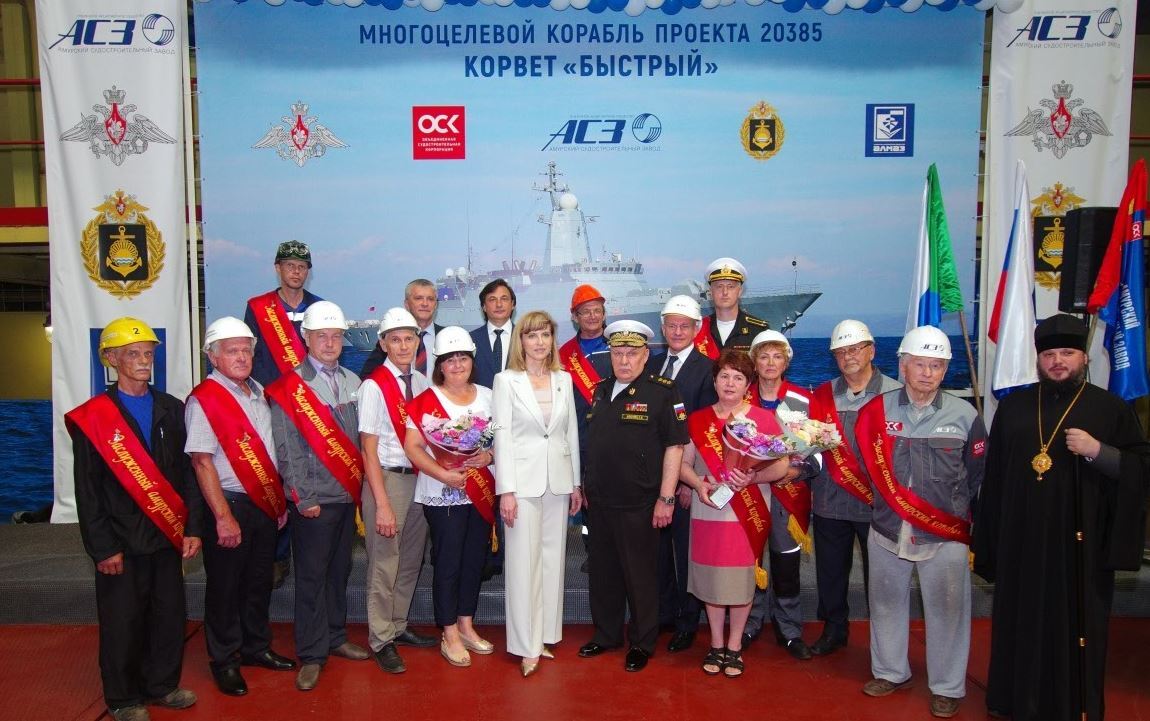 The corvette of project 20385 was laid down on the 86th birthday of the company. The vessel was given the name Bystryi to honor the destroyer of the Pacific Fleet, on which the Russia’s sailor Aldar Tsydenzhapov served.

In 2010, he died while saving the lives of colleagues and the ship from a fire that arose in the engine room. In the history of the Russian Navy’s fleet, there were three ships bearing the same name.

Bystry is scheduled to join the navy’s fleet in July 2025.

Designed by the Almaz Central Marine Design Bureau, Gremyashchy-class corvettes are an advanced variant of Steregushchy-class (Project 20380) multi-purpose corvettes in service with the Russian Navy since 2007.

The vessels displace 2,200 tonnes and measure 104 meters in length. They are equipped with Kalibr-NK cruise missiles, the Redut air defense system and the small-size anti-submarine torpedo system Paket. The corvettes also feature a hangar and flight deck for the Ka-27 naval helicopter.

The lead ship of the class, Gremyashchy (337), was commissioned into the Russian Navy’s fleet in December 2020.