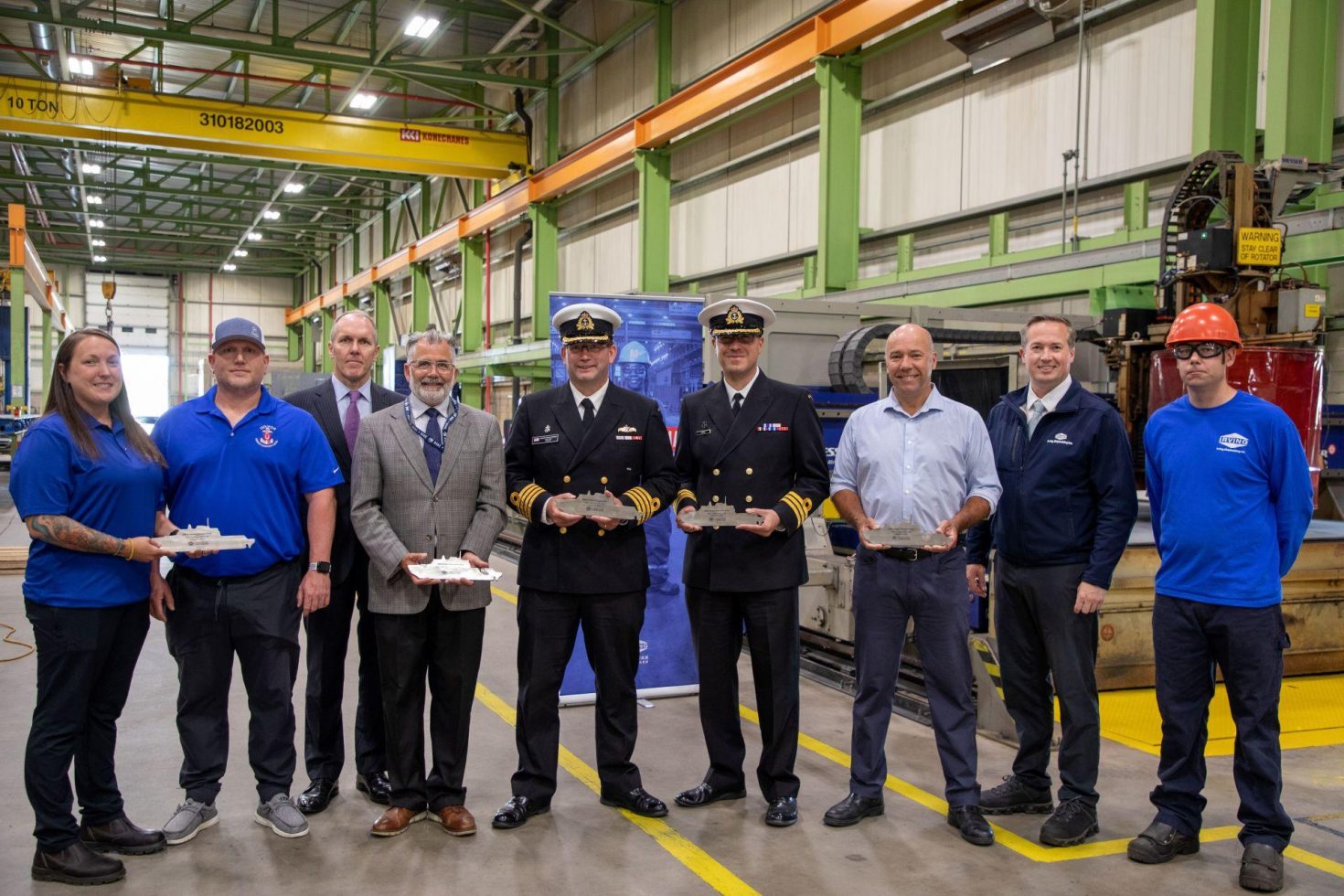 The future HMCS Robert Hampton Gray will be 103.6 metres in length, have a 19-metre beam, displace 6,615 tonnes and be comprised of 440,000 parts. The vessel is named in honour of Lieutenant (Lt) Robert Hampton Gray, a Canadian naval hero of the Second World War.

To date, two AOPS have been delivered to the Canadian Navy, HMCS Harry DeWolf and HMCS Margaret Brooke.

The future HMCS Max Bernays (AOPS 3) is due for delivery next month. The future HMCS William Hall (AOPS 4) recently moved all mega blocks to land level and is undergoing final assembly in preparation for launch later this year.

The keel of the future HMCS Frédérick Rolette (AOPS 5) was laid in June this year and construction of the bow, mid-ship and stern mega blocks are underway. The vessels are being constructed as part of the National Shipbuilding Strategy.

“As the sixth Arctic and Offshore Patrol Ship to be added to the Royal Canadian Navy fleet under the Strategy, cutting the first steel for the future HMCS Robert Hampton Gray is an important milestone in our work to equip our Navy with the ships they need to protect Canadian interests,” Andy Fillmore, Member of Parliament for Halifax and Parliamentary Secretary to the Minister of Innovation, Science and Industry stated.

“The Arctic and Offshore Patrol Ships are a critical platform for our Navy, they will ensure that we can patrol, secure and protect Arctic waters for decades to come,” Vice-Admiral Angus Topshee, Commander of Royal Canadian Navy added.

Halifax Shipyard will also construct two AOPS variants for the Canadian Coast Guard, followed by 15 Canadian Surface Combatants for the Navy that are due to commence construction in 2024.