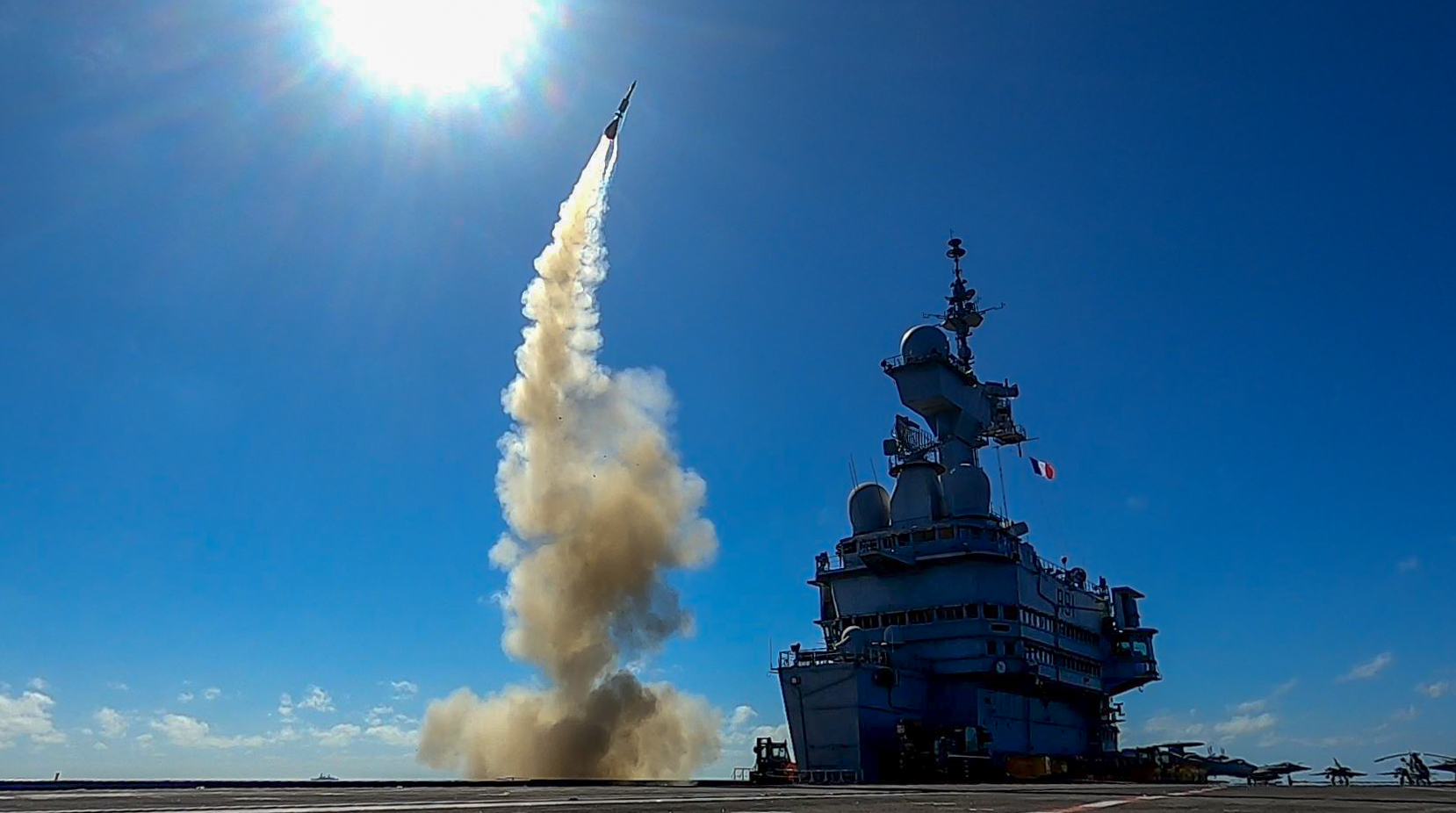 The tests demonstrated the capabilities of an aircraft carrier and destroyer acting as a part of a carrier strike group.

The trials were conducted “in an environment artificially reproducing a naval aviation situation close to that encountered in theaters of operation.”

“The neutralization of the high-speed air threat was thus achieved in a denied environment, the fire control radar of the Chevalier Paul having been deliberately jammed,” the French Navy stated.

The crews trained in an environment likely to be encountered in the future.