Griffon Hoverwork has designed a brand new craft, the 2450TD, with significant design input from the Swedish Coastguard. The 2450TD is based on the popular 2400TD design but, as the Coastguard wanted to transport their snowmobiles, the dimensions and payload of the craft were increased.

The Swedish Coastguard has been a loyal Griffon Hoverwork customer since it purchased its first Griffon 2000TD in 1992. It now has three craft operating in Sweden and the 2450TD will be a vital new addition to the fleet. Griffon Hoverwork prides itself on working closely withcustomers to provide bespoke solutions, and this project follows soon after a close collaboration with the Royal Marines to design their new 2400TDs.

The Swedish craft has been adapted to operate in sub-zero temperatures and has a new, improved skirt design to help ice navigation and operation. It will travel over the snow and ice then allow the crew to deploy the snowmobiles where needed. This capability is essential for a Coastguard that operates in a subarctic climate with short, mild summers and long, cold, snowy winters.

Other essential items include double glazed windows, heated ducts, extra insulation, specially designed headlights and a Fassi crane. The 2450TD will be based at Luleå, a town situated on a peninsula where Lule Bay meets  the Gulf of  Bothnia. Surrounded by several small islands, any other vessel would find it hard to navigate however it is ideal hovercraft territory. To compliment that sale of the craft, Griffon Hoverwork provided an extensive pilot and mechanic training programme in Sweden. The hovercraft also comes with warranty and spares packages. 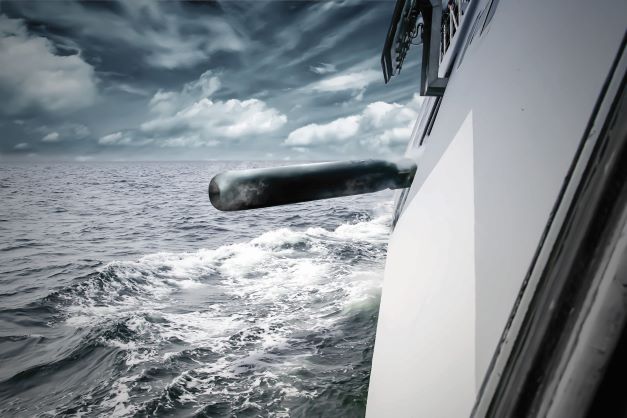