A christening ceremony was held today (21 April) at Blohm+Voss shipyard in Hamburg for the first of five K130 Batch II corvettes, Köln, built for the German Navy.

Köln is the first of the second batch of corvettes, which is also referred to as Braunschweig-class, after the lead ship from the first batch. The first five ships entered service between 2008 and 2013.

In 2017, a contract worth €2.4 billion for the construction of the new corvettes has been awarded to the ARGE K130 consortium, composed of Lürssen Werft (now NVL Group), ThyssenKrupp Marine Systems and German Naval Yards Kiel.

Led by NVL Group as the prime contractor, the shipbuilding team is to deliver the ships by 2025.

German maritime technology firm Atlas Elektronik and Thales Deutschland have been also contracted to deliver combat systems for the five new K130 corvettes. In addition to combat systems, the contract also covered setting up and delivering a test and training center in Wilhelmshaven.

Corvette Köln will be followed by Emden, Karlsruhe, Augsburg, and Lübeck. Last month, a keel-laying ceremony was held for the final corvette at PeeneWerft in Wolgast.

Braunschweig-class corvettes were ordered because of the German Navy’s increased scope and tempo of operations. Another reason is the fact that the MKS180 Multi-role Combat Ship order was delayed and the corvette announcement was interpreted as an offset to the delays. 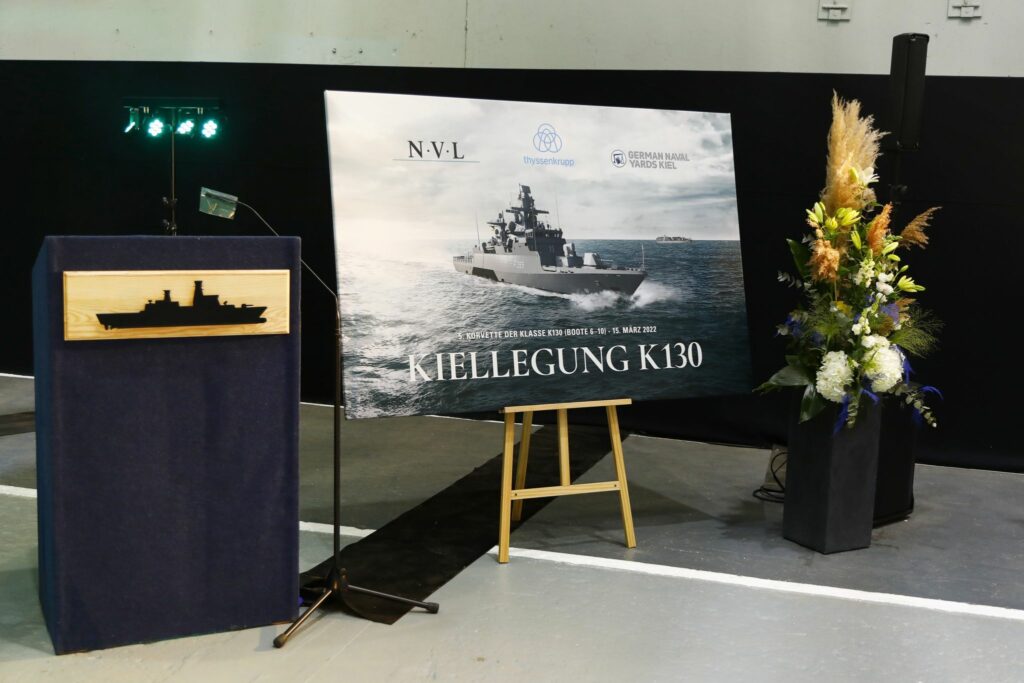